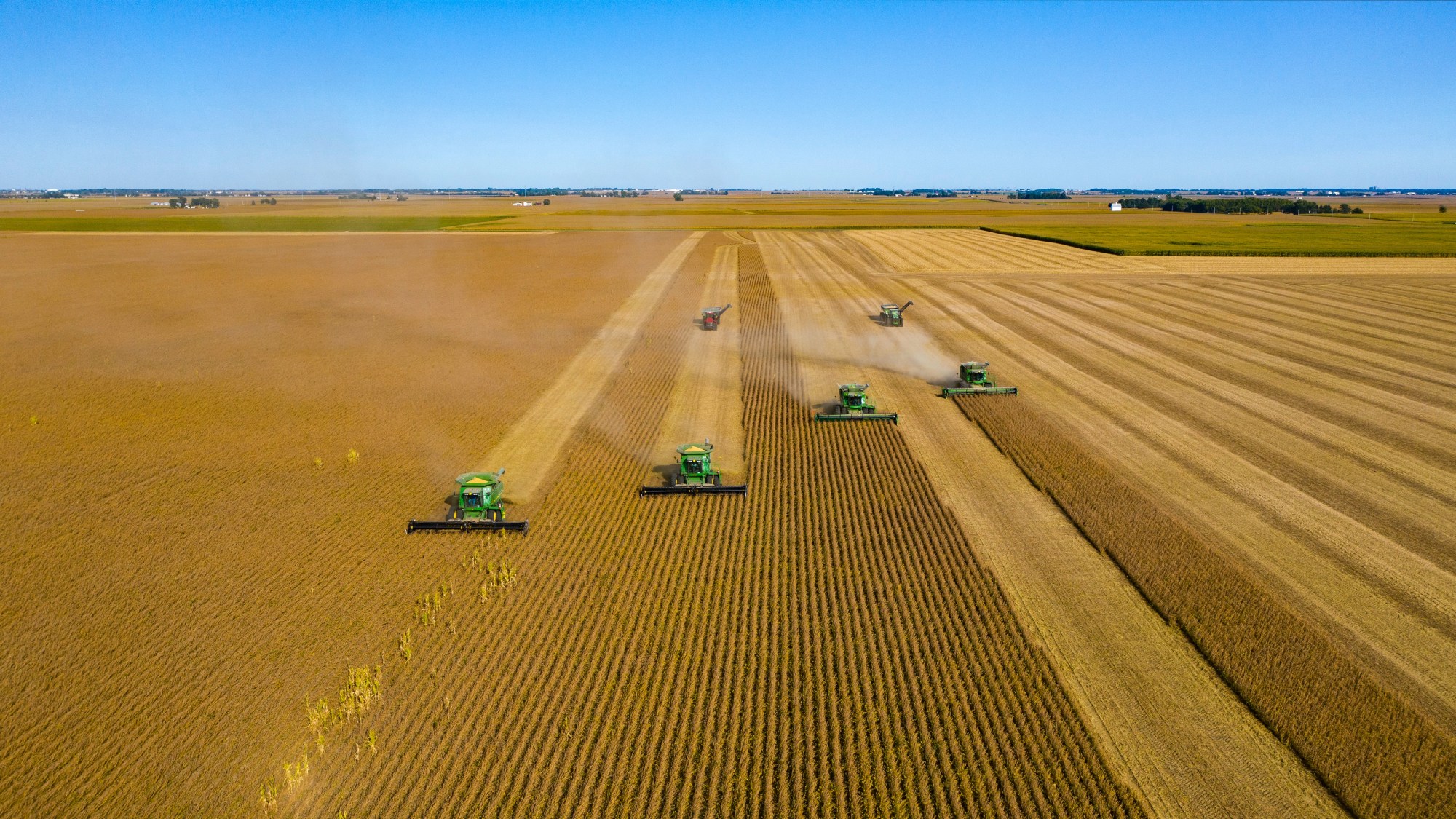 Agriculture is the art and science of cultivating the soil, growing crops and raising livestock. Some reports say that agriculture, forestry and land use causes over 24% of all Green House Gas emissions. Without getting stuck on numbers, one can easily understand this percentage doubles once you add transport, energy and the industry impact on food production.

We are meant to eat every day which means that the impact we make on the environment “through food” is major. So, eat seasonal food, nearby produced, minimize waste, minimize meat and make sure the left overs become biogas or get back to the earth.

But what else can we do? You can push for an agricultural revolution! We need to make sure we completely change the way we are using our soil and start producing food for humans. In Brazil, a major global “food producer” monocultures such as soyabeans are taking over soil usage and occupies over 50% of all productive land.

The Brazilian soyabeans in numbers
– 38,5M hectares of planted area (about 56% of all productive land).
– 135M tons of soyabeans are produced.
– About 80% of all soyabeans are exported to China to feed animals.
– Over 4M diesel truck rides (one way) are needed to transport all soya to the harbors covering huge distances.
– Thousands of loaded diesel ships are used to transport soya to China every year (50 days trip).

Here are some of the soybean damages on our planet
– Generates an ecological unbalance on the eco-systems: fauna & flora.
– It makes the soil poor in micro-biological life.
– It is highly fertilizer dependent.
– It is highly pesticide dependent.
– It causes erosion & desertification.
– Big farms & machine based generate few jobs.
– Generates very few agro-industry jobs given most of the beans are exported in “natura”/ grains.
– It is a high economic risk.
– It is a high carbon emission agriculture practice given the way soil is handled.
– It generates huge road transport & sea transport CO2 emissions.

This calls for an agricultural revolution! Are you in? Write an e-mail to vianei.hermes@climatefirst.se